PLA vs PLA+: PLA is the most widely used and common 3D printing material in many applications, but often not suitable for every application due to its brittleness and bad thermal performance.

Thus modified PLAs under the name PLA+ (PLA Plus) also known as touch PLA or Impact PLA are brought into to market by many brands to overcome the downsides of regular PLA.

However, when comparing PLA & PLA+, the modified PLA (PLA+) will vary in terms of  Printability, Stiffness, Strength,  Impact resistance, and Thermal behavior. Regular PLA is very easy to print and stronger than some might expect. But if the PLA part actually fails, it shatters quite violently.

During the last years, many companies brought modified PLA(PLA+) filaments to the market that claim to improve on the downsides of normal PLA. The PLA+ is also called “Eco ABS”.

Let us dive deeper to understand the differences between PLA and PLA+ and see if PLA+ is worth buying.

Polylactic acid, also known as PLA, is a thermoplastic filament made from organic renewable sources such as sugarcane and corn starch. PLA is highly used by the 3D industry for printing several parts.

PLA is one of the low-cost filaments when compared to others such as ABS, PETG, TPU.etc. Every 3D printer manufacturer supplies a free PLA spool with the printer free of cost.

PLA Plus is said to have properties such as less brittle, high durability, strength, and far better adhesion with the print bed as compared to PLA.

There are several ways to toughen up the PLA base resin and every manufacturer probably adds their own 11 herbs and spices. So, along with herbs and spices, most of the time, additives and modifiers are also added and compounded. Finally, when materials like Elastomers are added, they bring in the modified PLA properties.

The safety data sheet that manufacturers give will give us a slight idea of what additives are used. One PLA brand PolyMax showed that their PLA+ contained a significant amount of “Acrylic Polymers”. While the regular PLA of the same brand contained only Polylactic Acid with only a minor amount of additives.

PLA plus materials can produce significantly better quality prints when compared to regular PLA. As this is an improved version of regular PLA the prints will have a smooth and fine finish.

To check the quality and various other parameters one user printed a bunch of quality test parts with both PLA and PLA+ to see if the print results differ.

Both the Spools PLA and PLA+ were dried in a dehydrator to avoid moisture problems before printing.

The result is that both printed without a problem, but regular PLA reported warping issues versus the modified PLA (PLA+) stuck flawlessly to the print bed.

So, the higher modified PLAs include additives that help in build plate adhesion and reduce warping. So, the printing of warp-prone parts gets easier with PLA+ materials.

The nozzle temperature was set to 215 DegC for both materials. When checked for Overhang performance, Stringing, Small details as well as Bridging between the two, the regular PLA showed a bit more stringing. Bridging performance was the same for both and even a 70mm gap still looked great.

The main reason behind choosing PLA+ by 3D users is due to its excellent strength and durability over regular PLA. Strength is a must factor in many applications such as TV mounts. etc

PLA+ is a go-to candidate when durability and strength are concerned.

PLA+ is more flexible than regular PLA. Normal PLA breaks up easily under pressure while PLA+ will withstand because of its flexibility.  PLA+ is also less brittle than Normal PLA.

Flexibility is one of the major improvements in PLA+ over regular PLA.

This constitutes Double the price i.e, 60$ per kilogram for PLA+.

PLA+ Filament from OVERTURE is popular due to its ratings on Amazon at a price of 30$. 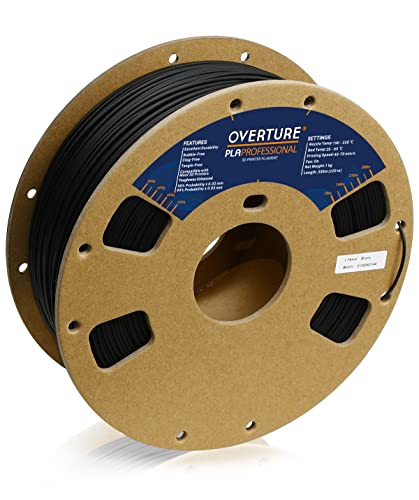 When it comes to colors PLA is the winner and is available in a huge number of colors as compared to PLA+.

Usually, marketplaces like Amazon offer PLA filaments from brands in a wide range of colors to choose from. Whereas PLA+ advanced version is used only by advanced users and has less demand. Thus the availability of the color is far lesser than normal PLA.

Also, some of the silk PLAs like TTYT3D Silk Shiny Rainbow PLA and their huge colors repository are available most of the time.

You might also get some luck with other websites, but they are expensive, and many times they may not be in stock.

PLA has a very low-temperature resistance and is not suitable for the 3D printing parts that work outside or around heat. Thus PLA is not recommended in this use case.

Usually, PLA can be printed at low temperatures and this speeds up the printing process in a quick and safe way. But as far as the heat resistance is concerned PLA cant be the choice.

PLA is prone to lose its strength when exposed to heat and is not suitable for parts that drive loads and operate under hot conditions.

On the other hand, PLA+ can tolerate high temperatures as compared to the normal PLA. The parts printed from PLA+ can be used for outdoor applications due to the improved temperature resistance.

PLA is hygroscopic in nature and PLA+ too. The wear resistance of both will reduce if the moisture absorption increases. Thus PLA & PLA+ should be stored in a humid-free or airtight container.

For this reason, most manufacturers ship PLA and PLA+ in vacuum bags covered with desiccant packs. Without these, PLA gets brittle and its strength reduces.

Overall PLA+ (Plus) is less sensitive to external environments as compared to regular PLA. PLA+ is the winner in this storage category. However, storing the filaments in either PLA or PLA+ is recommended to avoid the problems.

Most of the PLA+ brands showcase themselves as non-bubbling, this means that their filaments don’t absorb much moisture as compared to regular PLA. This reduces the material spoilage, and filament breakage in the extruder and boosts the print quality.

Irrespective of either PLA or PLA+, store the filaments in a filament dryer box to keep them dry. 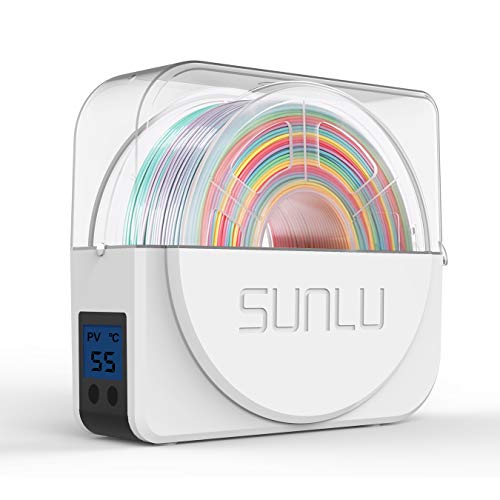 PLA is the winner when it comes to ease of printing. PLA easily dominates PLA+ as it is easy to print under low extrusion temperature and print bed temperature.

The standard PLA looks Glossy and the PLA+ looks, Matt. All in all the printing performance of both materials are very similar.

Which is Worth? PLA or PLA+?

This is totally decided by the requirement that you have. If you want to print a functional part, then PLA+ is the right choice due to its excellent properties.

PLA+ can be used in place of ABS due to its less toxicity and eco-friendliness. If you want to print only reference models, then normal PLA can be used.

Finally, if you are looking for some good brand suggestions for PLA and PLA+ then we would suggest the below ones:

OVERTURE PLA+ is a popular filament brand whose impact resistance is 5 times higher than regular PLA. Overture PLA+ features fewer nozzle clogs and few bubbles due to moisture in the filament.

Duramic PLA+ is eight times tougher than normal PLA which means it is highly stronger than its base material. Duramic PLA+ also prints with minimal nozzle clogs, bubbles and offers great strength.

All the above brands are highly endorsed by the 3D community after decent usage. So, if you are looking to get the stress-free filament to print with, then opt for the above-mentioned products. 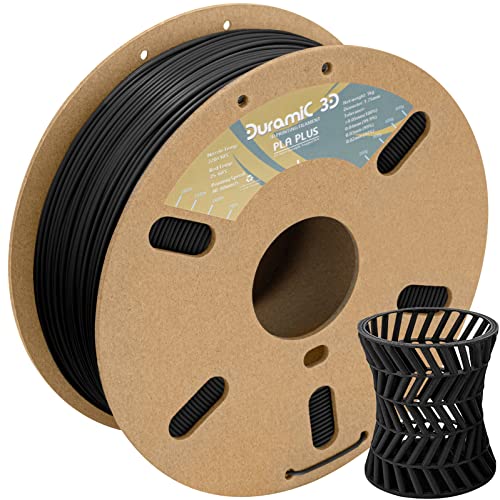 Users Comments on PLA Vs PLA+

Amazon reveals how happy the 3D users are while using both PLA & PLA+. Overall, there are fewer critical reviews for both and more praises.

If 3D printing is done as per the guidelines from the filament manufacturers then users are not facing any issues. Filament makers usually use lasers to determine the tolerance and width levels of their filaments before laying down guidelines on their products.

Most filament brands are confident in their print quality and offer a satisfaction guarantee.

Regardless of the filament (PLA or PLA+) your printing can be smooth and you will have peace of mind throughout.

Manufacturers on the other hand are also in a constant endeavor to improve PLA+. They have found the right additive combinations offering a great PLA+ filament to the market.

We hope that this blog has helped you to understand both  PLA & PLA+ better and can help in your decision-making. Good luck to your PLA & PLA+ journey. Have great success! 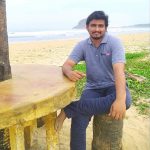 I am Bheema Shankar. I have worked on SLS, CJP, DLP, SLA and FDM technologies at Think3D. Currently working as Process and application engineer at VEER-O-METALS PRIVATE LIMITED. I am always fascinated by the process of creating things layer by layer. This fascination led me to pursue a career in 3D printing technology. I am passionate about how 3D works and enjoy exploring new ways to improve the 3D printing process.

Types Of 3D Printing Nozzles. What Are the Best Nozzles for Ender 3, Ender 3 Pro/V2 (Nozzle Size)

How To Change 3D Printer Filament?