SLA (Stereolithography) is one of the popular 3D Printing methods which has its wide applications in the additive manufacturing field.

In this article, we’ll cover everything about SLA technology starting from its history, how SLA works, Characteristics, Advantages, Applications and the ways to leverage the SLA 3D printing.

Stereolithography was invented by (Chuck) Charles Hull in the year 1983. It all started when Chuck Hull designed an apparatus which allowed the curing of Photosensitive resin in layers by using Ultraviolet Light source (UV Laser). This apparatus was later defined as a system that can create 3D objects by forming a layer-by-layer cross section of the object.

It was then after Chuck Hull’s invention, the SLA 3d Printing method gained its own acceleration and applications.

In 1986, Mr.Hull, founded 3D Systems, Inc (3D Systems) and turned it into a business model for revenue generation. Company released their first printer in 1987 names as SLA-1

Mr Hull was the first to introduce the STL file format to the world. This is a format generated 3D software as an input to the 3D printer.

Digital Slicing of layers is another outstanding strategy he gave and it is widely used in the 3D printing world today.

SLA 3d Printing has revolutionized the way that manufacturing industries think and create the prototypes. By defining the new method of producing the prototypes and 3D objects, SLA became one of the disruptive technologies.

What is SLA 3D Printing(Stereolithography)?

Stereolithography (SLA) is an additive manufacturing technique in which a photosensitive polymer (resin) is cured point to point by a highly directional Laser light. The curing is done one layer at a time resulting in the formation of 3D Object

SLA is one of the oldest 3D printing techniques which has widespread application even today.

How does SLA Printing Work?

The SLA 3D printing comprises of 4 main components as below:

Working process of SLA printer is shown below:

Step 1: The process starts by moving the build platform downwards into the resin tank. The downward movement stops at an height equal to one layer between the tank and bed.

Step 2: Now, a high power UV Laser is activated and made to selectively cure or solidify the photopolymer resin throughout the cross section guided by computer controlled mirrors. The laser projection is done  point-to-point in a predetermined path by the help of Galvanometers.

Step 3: When the layer is solidified and cured, the build platform is made to move up to create a sufficient gap between the bed and resin tank. Now, a sweeper blade is activated and moves to recoat the printing surface with resin.

Step 4: Same process is repeated and an object is created.

Step 5: The strength of printed objects is further increased by post processing. The objects are exposed again for UV light making the tight bonds thereby increasing their heat resistant and mechanical properties.

The liquid resin when exposed to UV light activates the monomer carbon chains and gets solidified. This exposure causes a strong bondage between them and the process is called photopolymerization which cannot be reversed. It means that the SLA produced objects are not recyclable as in FDM. Liquefaction of SLA parts when heated is not possible as they get burnt instead of melting.

SLA Printing machines do not offer the flexibility of changing the printer parameters; these are fixed by the manufacturer itself. The changeable Parameters are object orientation and layer height which are defined using software at the designing stage. Most of the SLA Printers will automatically adjust settings as the material used for printing changes.

The layer height defines the accuracy and the detail of the printing part. Special geometries like curves, sharp edges can be printed accurately by keeping the layer height low. But this increases the print time, production cost and reduces the throughput. A layer height ranging from 25 -100 microns is appropriate while printing most of the parts.

The possible object build size is defined by the type of the SLA printer. There are 2 configurations

In  Bottom-up printers the light source is placed below the resin tank whose bottom is transparent. This allows a laser light to fall on the resin layer and cure it. After the solidification, each cured layer is separated from the silicone coated tank bottom and adds it to the build platform. To keep it accurate, most of the SLA machines perform rotating, peeling, sliding and shaking of the vat.

Once separation is done, a wiper will spread the next thin layer of uncured resin uniformly across the vat base. This also removes any left out cured resin spots from the previous cycle making the current cycle accurate.

In a Bottom-up approach, the peeling of the cured layer from the tank bottom may pull printed layers down and create a stress along them. This results in warping, shaping out thin edges and can even make the part get unstuck from the build platform.

This approach completely drowns the part in the resin as the printing progresses and is taken out after printing is done.

The formation of the first layer on the build platform and its accuracy determines the adhesion of the part with it. The resin used should have the right viscosity to achieve uniform coating for every layer as the build platform moves down. In addition, a wiper is also used to lay an uncured resin.

The platform contains holes in it which helps in smooth downward movement overcoming disruptive forces and air bubbles.

Support structures play an important role in successfully printing the part and SLA cannot print the part without them. In Top-down models, support structures are created in the form of bridges with thin ribs and horizontal layers to hold the overhanging section of the part.

The usage of support structures such as its type, location, thickness is dependent on the printer type, orientation and weight of the part.

In the Bottom-up version, the support structures are in the form of large horizontal layers. These layers create a large stress and downward pulling effect while peeling them from the vat base leading to print failure. Due to this, parts orientation is adjusted to reduce the dependency of support structures.

When each layer is exposed to UV rays for solidification, it shrinks on a previously created and hardened layer. This creates a stress between the 2 layers resulting in curling. This is more likely to happen in some sections of the part and hence support structures are administered at the right location to prevent it.

Sometimes, the part dimension also changes due to the bending of soft print areas when they are not sufficiently hard. Resins used in SLA should have a good stiffness to prevent warping and print parts with high accuracy.

SLA printing uses photosensitive polymers for printing a 3D part and comes in the form of a liquid called Resin. The Resin will have an adequate viscosity and gets solidified when exposed to UV rays.

Typical price of Resin used in hobbyist desktop SLA’s varies from 30$ to 70$ per liter. While that which is used in industrial SLA’s can cost upto 400 -500$ per liter.

The colors available for these Resins are very limited in number.

Shelf life of a Resin is very less approximately 1 year if stored properly.

SLA printed parts can obtain their optimal properties when they are exposed to UV light in the right proportion. Resin manufacturer will specify the exposure time in their user manuals.

Post processing when done properly can remove these residues and make the surface finish smooth. SLA can print even a minute geometries (0.3mm) very accurately.

In the SLA 3D printing workflow, the part undergoes virtual 3D modeling and Slicing before physical 3D printing. We are detailing them below to help you with time and resource estimations.

The stages involved are as below:

Modeling is the very first step in the 3D printing process. It sets a stage to virtually design and conceptualize the object on a CAD software. There are 3 ways to get the 3D model:

a. Designing on a CAD software(Modeling): The process in which the object Structure, Curves, Dimensions and complex Geometries are simulated using mathematical values is called Modeling.

b. 3D Scanning:  3D Model can also be generated by 3D Scanning of the objects.

c. 3D Marketplaces: Ready made 3D models are available on the popular marketplaces like Thingiverse, Myminifactory, Sketchfab and Cults3D.

STL also known as Standard Tessellation Language is the most commonly used file type for 3D Printing. The surface of the model is represented using triangles(polygons) in series forming a triangles mesh. STL file is generated by all CAD softwares available today.

Once 3D modeling is done, next is to convert it into an STL file. The STL file represents an object using a series of triangles forming a mesh. This mesh density defines the resolution of the print.

The next stage in 3D printing after STL file generation is Slicing. Slicing is the process of dividing the whole object into horizontal layers with the help of Slicer software such as BCN3D Cura.

Each layer contains the information that controls lazer movement, speed and amount of resin to be solidified.

The Slicer software also encodes and sends instructions to the 3D printer such as lazer speed, resin layer thickness, XYZ Coordinates, etc. The print quality depends on the accuracy of these instructions.

Post- Processing in SLA consists of carefully removing the support structures and their residual marks on the part. Sometimes, it is necessary to clean up additional accumulated resin too using isopropyl solution.

High Accuracy & Precise Geometries: SLA produces parts having fine geometries and clear edges. Thickness of the layer is ultra thin, ranging between 0.05 to 0.10mm, making it produce parts with realistic shape and finishing.

Even Surface Quality: SLA printed parts have an even and great surface finish. This makes it widely used technology today.

Smooth and Clear Finish: SLA produces parts with smooth finish and it can be varied by choosing different types of resins.

Ability to Print Smallest and Big Parts: Stereolithography, can print the smallest parts with finer details and high precision. On the other hand, it can also produce bigger parts with the same precision and accuracy.

Machine Cost: SLA printers are costlier and so the resin. It’s better to opt for a printing service for occasional needs.

More Time: The printing time needed is relatively high and depends on the size of the part. With the layer size being in micrometers, it takes 2 to 3 days to print an object.

SLA is widely used when high precision, accuracy and smooth surfaces are needed. It finds its place in visual applications and rapid prototyping as high precision is involved here. Below are some of the applications

Injection Mold Prototypes: Printing injection molded prototypes need complicated tools and are highly expensive. SLA can be handy as it can quickly print with smooth surface finish which saves money.

Jewelry: SLA finds its wide usage in Jewelry design because of its high precision, accuracy and intricate details that can be printed. It is also called an investment casting process in which surface finish can be very smooth. 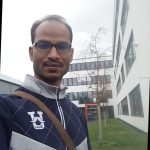