Facing challenges to perfectly print First layer in your 3D modeling? Read on to understand the practical problems associated with it and how a RAFT can be really handy to overcome it.

First layer acts as the foundation for the whole part and can determine the success and failure of the 3D printing. During the first layer printing, one may face problems like poor finishing, uneven layers, and the layers may even be non adhesive. What to speak of when materials like ABS are used? It makes the part twisted and creates a warp resulting in print failure.

All such problems may grab the printing interest from the user. To get rid of all such issues, this article gives you a clear cut idea by introducing a new mesh like layer called a 3D printing Raft, which will be placed on the build plate.

3D printing Raft helps you to get an ideal initial layer and also keeps the print in contact with the build platform. Since ABS filaments cause more warping, Rafts are ideal enough to overcome this problem. Rafts are also popularly known to increase the nature of bed adhesion.

What Is a Raft In 3D Printing?

The horizontal surface which is placed on the build platform and on which the print layers are deposited is called a 3D printing Raft. It is a flat mesh like structure placed or sometimes printed on the build plate, so that it’s main aim is to support the part and to provide bed adhesion.

When you try to print a part with thin legs or an object with heavy top load, then the use of Rafts are highly recommended.

When To Use a 3D Printing Raft?

Even though a Raft can be used for various causes, let’s now discuss the major ones amongst them.

Before you start up printing it is very important to stay highly conscious while mentioning the correct separation distance between the part and the Raft, because this height determines the outcome of the remaining part to be easy or difficult.

The smaller and tighter distance you give, the harder it becomes to separate the Raft and the object.

If you are doing it for the first time, then it’s better to go with a separation distance to half the nozzle’s diameter. So after two or three trials the outcomes will help you in understanding the concept about the settings modification to be done for further prints.

Normally, experienced users recommend a separation distance of 0.1mm. If you try to increase the distance, then it is easier to separate the print and the Raft. But the demerit of this increased distance is getting a poorly finished initial layer. So, it is safe and good to go with experts recommendations.

What Are The Essentials To Be Known While 3D Printing With a Raft?

Above raft speed: The rate at which the first layer of a prototype is deposited on the surface of the Raft is defined as the Raft speed. You must carefully give a low Raft speed to enable an ideal layer adhesion.

Raft top layers: As per the given value by the user the layers deposited on top of the Raft are known to be Raft top layers. In order to obtain a smooth finished surface on your part, experts advise to drop two to three layers on the raft.

Raft base layer: An initial and broad printed layer with a slow speed on base of the Raft is called a Raft base layer. The reason behind choosing this layer is that the next  layers could adhere well and lead to a good quality print.

How To Remove 3D Printed Rafts & Brims Easily and Effectively

In 3D Printing, usage of brims and rafts are crucial if the first layer should be good. This gets more problematic with some type of filaments. Once Rafts and Brims are printed, one needs to have expertise and make use of some tools to remove them.

Below are some of the steps / suggestions to make the rafts and brims removal easy.

Firstly, ensure that there is a good gap between brim/raft and the object by changing some settings on the software. This gap allows a user to cut them off at their roots by using sharp-edged cutting tools.

Rafts and brims are highly essential while printing but no longer needed after printing. Hence removing them is important.

Rafts and brims are printed & designed in a way so that they can be easily peeled off. But, many times it gets difficult to remove them and they stick strongly to the 3D Object.

A special care is needed, while breaking their strong bondage with the 3D Model. Wrong methods may spoil 3D Models.

Below are some of the effective ways to remove rafts and brims without affecting the model.

One needs to know the correct Software Settings while designing the rafts & brims on a slicer software. This can make the removal of the rafts and brims easier.

Slicing software will have default settings for rafts and brims. Customizing these settings can make the process more easier and effective. Below are some of the settings:

Raft Air Gap: This is the measure of the distance between the model’s first layer and raft’s last layer. This gap can be adjusted for easier peeling off of Rafts and brims.

By default, Cura has a 0.3mm Raft Air gap. Adjusting this gap can help in raft removal.

The raft should be configured to have two or more top layers so that the surface is smooth. This smooth surface attaches with the model’s bottom layer making it easy to remove them.

This also ensures the bottom of the model to be smoother and clear finish.

The extrusion temperature while printing rafts and brims should be lower so that their adhesion to the model will be less enabling the easy removal.

How to cut the Rafts?

Many 3D users remove rafts and brims from 3D objects using nose pliers.  They can be effective thin layers of plastic.

You need to get some high quality nose pliers in order to cut rafts and brims effectively.

You can buy some good nose pliers from Amazon. One such is Irwin Vise-Grip Long Nose Pliers because of its nickel chromium steel coating and protouch grip for holding and easy usage.

The nose of the plier is of great use to get into tiny areas and cut the raft/brim easily.

Many people also use knife or flat edged cutting tool that are used  for crafts and putty to remove rafts and brim. This is not as safe as the nose plier method, as there is tendency to chip final layers on the object.

Be mindful and ensure safety while removing the brim and rafts from the 3d object. Make use of some safety tools such as Eye Safety Glasses and Non-tearable Gloves to protect from the flying plastic pieces when cutting rafts and brims.

Also, Gloves that can be used for protecting hands.

During the removal of rafts and brims, unusual rough surfaces will get created on the surface of the model. So, it’s important to remove these left out bumps using Sanding.

Outcomes of Sanding are pretty amazing when done in the right manner. It can be done Manually using Sandpaper or automated using Sanding machines. Option is yours to choose.

For Sandpaper, you can try WaterLuu Wet & Dry Sandpapers from Amazon. It has 14 types of grits to vary the smoothness that you need for the model. It also comes with a sanding block that aids in sanding the models easily. 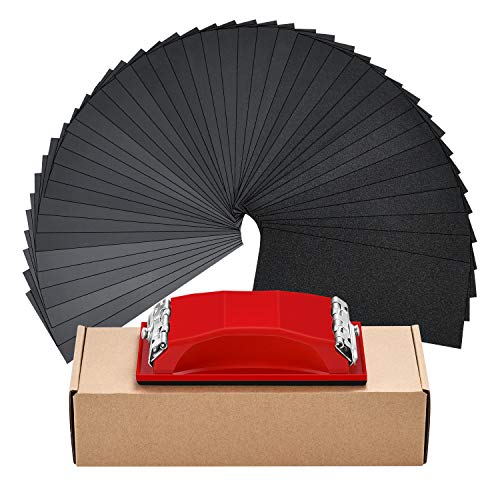 For an electronic toolkit, you can use WEN 23072 Variable Speed Lithium-Ion Cordless Rotary Tool Kit which comes with 24 piece accessory sets to change the Sanding wheels based on the needed smoothness.

Usage of the Soluble Filaments which can dissolve when some solution is applied can make rafts and brims removal easier.

There are filaments like PVA, HIPS which can be used for printing raft and brim before printing the model. Once the model is printed, it can be dipped in solution which can dissolve rafts and brims.

Usually, many people use HIPS Filament by Gizmo Dorks for rafts and brims as soluble materials. Soluble filaments can easily melt when immersed in solution without creating any marks on the 3D object. This also ensures the model’s bottom surface to be clear and clean.

As we already knew that each and every technique has some or the other positive and negative aspects. Similarly here also let us have a look at some of those.